WTW???!!! ... Need proof that cocaine makes you insane? Check out this mug shot: 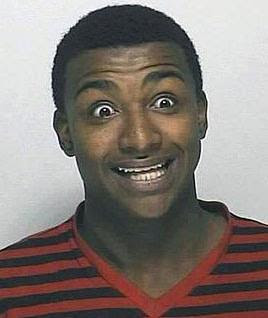 Art Taylor of Framingham, Massachusetts swallowed an ENTIRE bag of coke shortly before he was pulled over for driving erractically. When he stared acting suspiciously, the cops asked if they could check his car out, and that's when Art made a hasty move to the center console of his SUV.

He grabbed his bag of cocaine and SWALLOWED IT WHOLE! Taylor was charged with assault and battery on a police officer. But no drugs charges –- The police didn’t have any evidence.

THE PEPSI MACHINE MADE HIM DO IT ... A 33-year old man in Western Pennsylvania was arrested for attacking his 68 year old mother and breaking her wrist.

He told police the Pepsi vending machine at the nearby Costco store ‘made him do it.’ He was arrested and charged with aggravated assault, simple assault, criminal mischief, and harassment. And you notice the cops didn’t do anything to the Pepsi machine? What's up with that?

REAL MAN OF GENIUS ... Craig Albertstat of Delray Beach, Florida, couldn't remember where he parked his car after popping a couple of Xanex, so he came up with the best plan he could under the circumstances.

He called the cops and told them he was CARJACKED so that they'd come and hopefully help track down his car.

When the cops got there Craig told them he was driving around trying to pick up a woman, when some guys rolled up on him, beat him, and forced him out of the car

The cops, though, are way smarter than the average bear and poked holes in his story almost immediately forcing Craig to confessed he'd made the entire thing up. He was arrested for filing a false police report.

His car was found parked in a lot a couple of blocks away.

630 POUND WOMEN NEED UNDERPANTS TOO ... A company in Cornwall, England, just debuted the world's LARGEST women's underwear. It's made for women who weigh up to 630 pounds, are a size 74, or have 105-INCH waistlines. 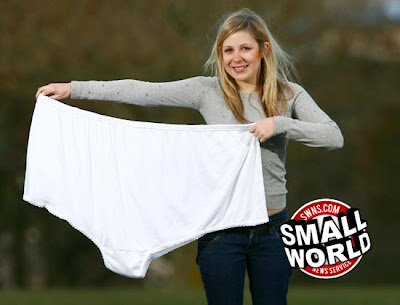 (--Earlier this year, the company started selling underwear for 500-pound women. But they kept getting calls that those were STILL too small. So they've debuted this new size.)

And because I know you're wondering, the size for 600-pound women is XXXXXXXXXXXXXXXL. Or FIFTEEN-X-L.