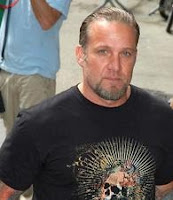 AND THE DOUCHEBAG OF THE YEAR IS: E! Online has dropped their "Douchebags of the Year" list. And the winner is ... JESSE JAMES!

Jesse wins for making SANDRA BULLOCK look like a fool after she used just about every acceptance speech she made during awards season to tell us what a wonderul and supportive husband he'd been to her and then throw it all away with a big, ugly cheating scandal just days after her Oscar win.

(Can a woman even be called the D-word? Isn't that what the B or C-word is for?) 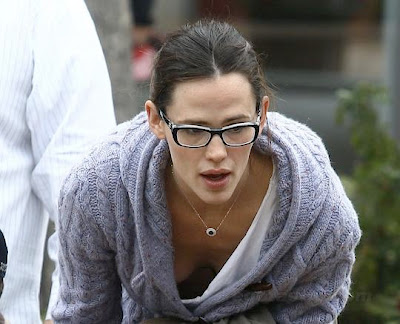 AND back cleavage while out with her kids over the weekend ... 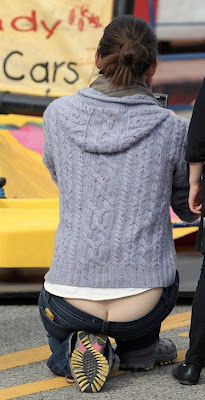 IN DENIAL: KIM KARDASHIAN is denying the rumors going around that she's been fetused by KANYE WEST. 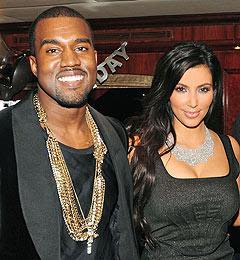 Says Kim, "The rumors are absolutely not true. I'm not pregnant."

DAWN OF THE DEAD: Remember when LADY GAGA and other famous folk underwent a "digital death" last week to raise a million dollars for charity? Well, they reached their goal yesterday, so now they can all return to tweeting and poking and whatever else they were doing online. 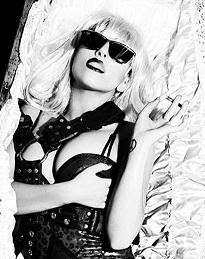 Evidently people care a lot less about celebrity Tweets than anybody thought, because the "fans" weren't putting up the kind of money they'd hoped for. E! Online says that as of Friday, the public had only contributed about $184,000.

The celebrities themselves put in a bunch of money in order to get the total up to $500,000 , then a pharmaceutical billionaire by the name of Stewart Rahr matched it. So the charity kind of cheated. 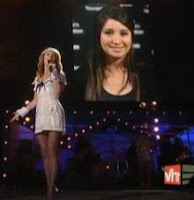 BRISTOL MAD;KATHY BOOED: BRISTOL PALIN is ticked off at yet another comedian.

Days after blasting MARGARET CHO, Bristol is taking aim at KATHY GRIFFIN after Kathy joked while hosting the VH1 Divas Salute the Troops that Bristol is the only contestant in the history of 'Dancing With the Stars' to, quote, "actually gain weight"

And although the comment elicited some boos from the military crowd, Kathy continued: "Come on, come on. She gained like 30 pounds a week...She's like the white Precious."

Bristol responded on Fox News: "The audience's reaction to this 'comedian' spoke volumes...I hope people didn't have to pay money to hear her negativity and criticisms."

The truth of the matter is she *did* GAIN weight while she was on "Dancing with the Stars". She's even admitted to gaining weight in several interviews so I don't know why she's acting all butt hurt. 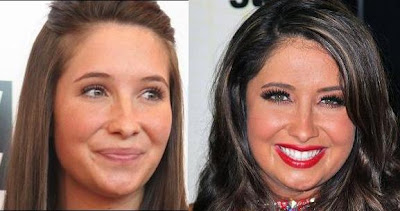 ANGIE SAYS SHUT UP ABOUT SHILOH'S FASHION CHOICES: ANGELINA JOLIE'S four-year-old daughter Shiloh likes to dress in boy's clothes -- and Angie wants to know why it matters so much to you. 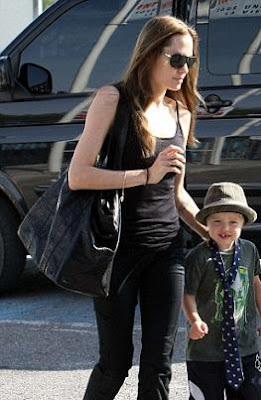 "I don't think it's for the world to interpret anything. It's been a surprise to us, but she's so much more than that -- she's funny and sweet and pretty. But she does love a tie."