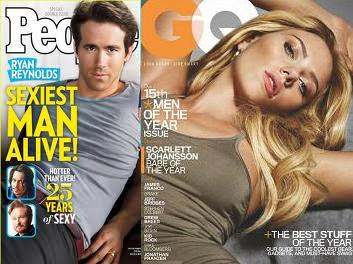 (--According to one of those ever reliable tabloid "sources", they actually separated six months ago.)

They released a joint statement yesterday which read in part, "We entered our relationship with love and it's with love and kindness we leave it. While privacy isn't expected, it's certainly appreciated."

HUGH JACKMAN GOES BONK: When HUGH JACKMAN drops in on you, he literally drops in on you. Hugh was attempting to make a dramatic entrance on The Oprah Winfrey Show yesterday in Australia by ZIP-LINING to the stage at the Sydney Opera House and CRASHED INTO THE LIGHTING!!!

Other than a cut above his eye, he was alright. The episode is expected to air sometime next month. Here's an Australian news report that includes video of the incident ...

And here's a shorter news report in case you're pressed for time ...

USHER GETS BONKED: Here's video of USHER getting kicked in the face by a female fan earlier this week when he had her lay on top of him during a show in NYC ...

LINDSAY SAYS 'NO THANKS', HER MOM SAYS 'HOW 'BOUT ME': DINA LOHAN confirmed to RadarOnline that LINDSAY *has* turned down "Dancing with the Stars" because she wants to focus on her rehab. And then she started dropping all kinds of hints that SHE'D be more than happy to do it. 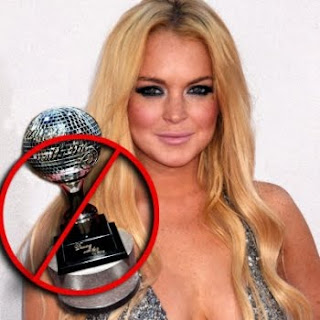 Quote, "Lindsay actually told the woman at 'Dancing with The Stars' who made the offer that 'you need to take my mom!'"

Quote, "I'm a dancer, and I taught dance when Lindsay was growing up...I dragged (Lindsay) from one dance studio to another, and she sat in front of the mirrors and watched, while I taught."

Let's say they're desperate enough to ask her...do you think she'd be more or less popular than KATE GOSSELIN? Discuss.

PROVOCATIVE GAGA PICS: RadarOnline posted some pretty darn provocative photos of LADY GAGA. In one, Gaga is draped across the lap of a scantily clad gal who's grabbing her butt … Now do we have your attention? … 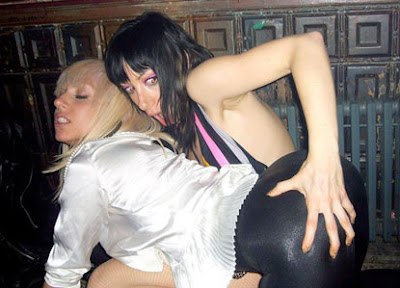 And in another, a woman who appears to be Lady G is shown simulating a certain type of act on the girl. You can peep that one and one other here.

GAGA COULD BE TRUE BUT PROBABLY CRAP: According to a National Enquirer insider, Gaga has applied for a gig at the prestigious New York City art institute Parsons School of Design. "She's pitched herself for an artist-in-residence position,” says the source.

Word is she wants to enlighten students on -- what else? – fashion. “She thinks teaching a college course would be a great way to…make people take her seriously."

CELEBRITY CRIME WATCH: 1.)CHARLIE SHEEN won't be going to jail over his hotel room freak out in New York City back in October.

The mattress actress he was with at the time accused him of assault and battery, and false imprisonment, but a police source told TMZ they don't believe he engaged in any criminal conduct. That, plus the fact that she waited a month to file her complaint, are why no charges will be filed

2.) JUSTIN BIEBER is off the hook as well. Police in Canada cleared him of any criminal charges having to do with his run-in with a 12-year-old boy who claimed the Biebs punched him at a laser-tag center earlier this year. Police - or more precisely, Mounties - say there was no evidence to support the kid's claim.

WTW??? TEEN MOM PREGNANT AGAIN!!!: "Star" magazine is reporting "exclusively" that "Teen Mom" Amber has been fetused yet again! Evidently, the custody battle drama did not get in the way of her getting her swerve on. 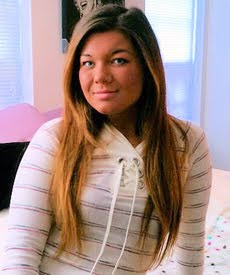 But because she’s been with so many different dudes, a paternity test might be in order. The Star's source says “She has no idea who the father could be.”

THE SECRET TO CHER'S YOUTHFUL LOOK: Wanna know why 64-year-old Cher has such a tight, youthful appearance? Well, this pic taken at the London premiere of "Burlesque" reveals one of her secrets ... 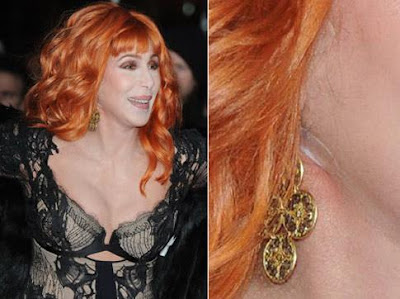 The adhesive strips,known as face lift tape, is used in Hollywood to hold back saggy skin. Now THAT'S how you turn back time! Hi-Yo!! No, YOU shut up!!! 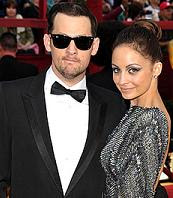 And like us, you've been losing sleep wondering why, of all the animals in the Animal Kingdom, Nicole chose an elephant.

US magazine has the answer: Back in '05 when she was engaged to DJ AM, she was on "Larry King Live" and told guest host RYAN SEACREST if she ever did get married she wanted a huge wedding "with hundreds of people and elephants", because elephants are good luck. See, dreams DO come true!You just gotta make sure Lionel Richie adopts you.