BREAKING NEWS! BRAD AND ANGELINA GETTING MARRIED!!!:  Are BRAD PITT and ANGELINA JOLIE getting married next year??? They are, according to the  UK website "ThisisLondon".

OK, technically they're reporting "the couple are BELIEVED to be considering" getting married. And they BELIEVE it'll be one of those trendy Hindu weddings in India. A source close to the holy man the couple has supposedly approached swears “Pitt and Jolie will marry in the New Year and our guru will perform the ceremony."  OK, maybe I should have filed this under 'Could be true, could be crap'

RYAN & SCARLETT; THE AFTERMATH: So what was the real reason for the RYAN REYNOLDS/SCARLETT JOHANSSON break up? It depends on what you read.

--"People" says the couple "simply grew apart under the strain of managing two thriving careers", and that "there's no third party."

--But E! Online says yes there is, and her name is Blake Lively - Ryan's "Green Lantern" co-star! "We heard rumblings that everything wasn't exactly up to wedding vow snuff," the gossip site breathlessly blabs. --“US Weekly”, concurs with "People" on at least one note; their jobs did keep them apart a lot, but they claim the real problem was that Ryan was way more into the relationship that she was and that eventually Scarlett felt she needed to “explore other options”

If true, that would be so deliciously ironic because Ryan supposedly dumped ALANIS MORRISETTE 3 years into their relationship claiming he wanted to, quote, “explore other options”. If that’s not like rain on your wedding day, or a free ride when you’ve already paid then I don’t know my ironic Alanis lyrics

OH, NATIONAL ENQUIRER, HOW COULD WE HAVE DOUBTED YOU???: "The National Enquirer" reported back in November the Reynolds/Johannson relationship was on shaky ground. Shame on us for considering the source and not taking it seriously! For the record, here’s what they reported on November 22nd ...

“Scarlet Johansson’s already-strained marriage suffered a fatal blow after she snubbed her husband Ryan Reynolds at the Tony Awards. When her name was announced as “Best Actress”, she kissed her co-star Liev Schreiber and blew off Ryan – and the only reason Ryan went was to stop the rumors that their marriage is on the rocks (after just 18 months). On their way to the limo, Ryan tore into Scarlett, but all she did was accuse him of (quote) “ruining my special night." According to a friend of hers “there's been tension between them ever since. I’d be surprised if they’re still together by Christmas.”

COUPLE NEWS: 1.) NICK LACHEY might just make an honest woman out of VANESSA MINNILLO in just two weeks. On yesterday's 'Rachel Ray Show', the subject turned to Christmas and Nick said they're plan was to spend it with his family in Cincinnati ... then teased, "We're going to be in Tuscany for New Year's. Who knows, we may be married in Tuscany, too!" If you hurry, Jessica, you can still beat him to it and elope over Christmas!

2.) NIKKI SIXX ... is DENISE RICHARDS hittin' dat? "Us Weekly" says yes! Their source says the two, who've been neighbors for years, "have a lot in common and are taking things slowly." 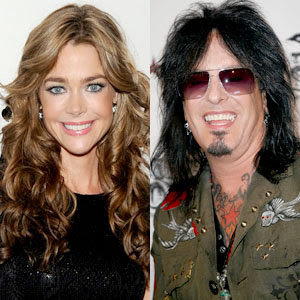 The Motley Crue guitarist was doing the ole bump-and-grind with KAT VON D until recently, and Denise famously hooked up with Bon Jovi guitarist Richie Sambora for a while.

WE REPORT, YOU DECIDE; CHRISTINA'S CONTROVERSIAL PERFORMANCE: CHRISTINA AGUILERA'S SUPER sexy performance on SIMON COWELL'S "X Factor" British show this past weekend received more than ONE THOUSAND complaints from viewers who thought it was way too racy for T.V.

I've watched it repeatedly ... and I do mean repeatedly ...and honestly, I don't think she went too far. But, here's the vid. We report, you decide ...

GUESS WHO DON'T SUE: See if you can guess who this “Buzzfoto” blind item is about: “There have been several celebrity breakups lately and we just got word about the reason for one of them.

This recent breakup allegedly happened because the male partner visited one too many strip clubs in the past few months and ended up having a brief affair with one of the dancers”. Who you got? 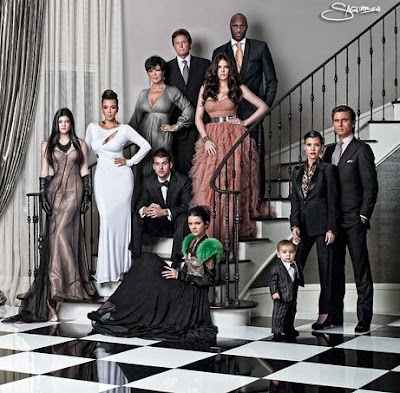 And since we're keeping up with the Kardashian's ... KIM KARDASHIAN was given the title of "World's Best Bum" in an online poll by the British tab, 'The Sun'. Wow, she beat out K-Fed? Hi-Yo! Goodnight everybody!!!

MORE YEAR END HONORS: 1.) LADY GAGA may not have been named "Time" magazine's Person of the Year, but she did make one of their lists ... well, more specifically, her meat dress. The mag named her now infamous meat dress the "Number-One Fashion Statement of the year"

2.) She adopted a baby, won an Oscar and got cheated on by JESSE JAMES with a skank. That was enough for "People" magazine to name SANDRA BULLOCK "Woman of the Year." Well, mostly the cheated on with a skank part. 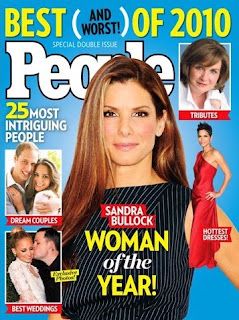 Other honorees include BRAD PITT and ANGELINA JOLIE for "Glam Parents", TIGER'S ex, ELIN was named this year's "Class Act", and JAKE GYLLENHAAL and TAYLOR SWIFT was the "Most Talked About Couple"

WAHLBERG BRO-MANCE: Yesterday on "The Early Show," MARK WAHLBERG literally kissed Harry Smith's feet. Harry - who was fired from the show and will be leaving at the end of the year - and Mark have become good buds over the years, and as Harry was wrapping up the interview Mark got down on his knees and kissed Harry's feet.

They then hugged and walked over to Macy's to pick out furniture. Ha! Just kidding. It wasn't Macy's. OK, fine. Watch the video then to see what really happened ...