LADY GAGA SAYS MADONNA IS COOL WITH 'BORN THIS WAY':  LADY GAGA has responded to the accusations that her new song rips off MADONNA'S "Express Yourself". Last night she told JAY LENO she heard from Madonna and Madonna is cool with it. 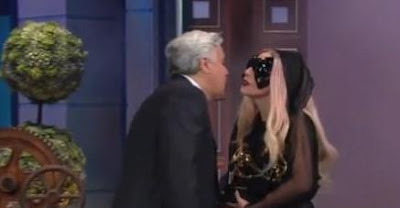 Quote, "Well, the good news is that I got an e-mail from her people and her, sending me their love and complete support on behalf of the single and if the queen says it shall be, then it shall be." 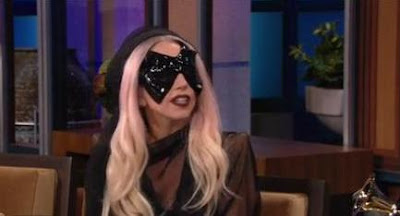 Madonna has yet to comment on this publicly so we'll just have to take GaGa's word for it. (--At the Grammys Sunday night, Lady Gaga thanked WHITNEY HOUSTON not Madonna for inspiring "Born This Way".)

HOW SOON IS TOO SOON FOR A TAT???!!!:  EVA LONGORIA won't admit she's dating PENELOPE CRUZ'S little brother EDUARDO, but that hasn't seemed to stop Eduardo from getting Eva's name tattooed on his arm ... 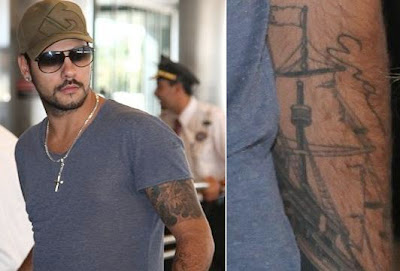 But if you believe MARIO LOPEZ  has inside information via his close pal ... then Eduardo, sadly, may be taking the relationship way more seriously than Eva. Here’s what Mario said yesterday on “The Wendy Williams Show” :  “Well…boyfriend is a strong word. I think my girl Eva is just kind of having fun and a good time.” To which Williams responded, “Cheers to drive-bys.” ... “Nice!” was Lopez’ retort. “Look she’s having a good time. She’s 35, he’s 25 and it’s all good,”

﻿ CHARLIE'S SHEEN-ANIGANS:  CHARLIE SHEEN phoned in to the syndicated Dan Patrick radio show on ESPN yesterday and I'm willing to bet his bosses at "Two and a Half Men" can't be too happy about it, because he kinda threw them under the bus.

Charlie's voice was a little hoarse - and he explained why - quote, "I went back to work and was banging on the stage door, 'Hello, where is everybody?' I don't know what happened, I guess they're closed. Nobody told me...

"They said get your act together and I did, and I think maybe it's a timing thing, they didn't think it was going to happen this fast."

﻿ LOHAN LUNACY: LINDSAY LOHAN has won a minor legal victory -- she won't have to appear before the L.A. judge who threatened her with jail before her last go-round in rehab. Before all the grand larceny brouhaha, Lindsay was due in front of Judge Elden Fox for a probation update next week.

But now her probation will be handled by the judge in the larceny case. And her lawyers figure that since they see holes in the D.A.'s case, THAT judge is less likely to find Lindsay violated the terms of her parole.

SHOW US YOUR TWEETS:  Based on her Tweet, either JESSICA SIMPSON is pregnant, or she got her freak on last night ...

CELEBRITY SPLITSVILLE: Are ASHLEE SIMPSON and PETE WENTZ reconciling???!!!After all, the couple was seen having lunch together along with baby Bronx at the Beverly Hills Hotel on Valentine's Day. Sounds promising, right?

Well, I am saddend to report a "People" magazine source tells them they are indeed NOT reconciling. "They just had a meal together with their son," the source says. "They're both focused on making this transition as easy as possible for (Bronx)."