XXXTINA PHOTOS LEAKED: CHRISTINA AGUILERA is the latest to have her half-nakedness digitally shared with the world, thanks to the ever reliable computer hacker. 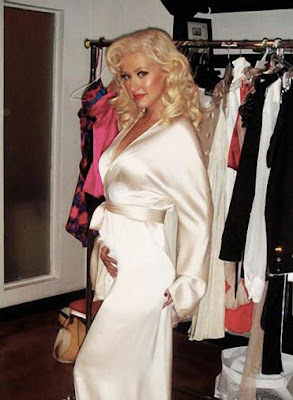 The pictures - of which the above is the least risque, and the most scandalous shows her nude, except for a few strategically placed gold chains and pasties - were for the eyes of Christina and her stylist only, but someone hacked into his account and threw them up on the 'net.

Christina's rep called their action "reprehensible" and says once they determine "the identity of the hackers", the plan is to "pursue them aggressively."

On a related note ... Britain's “Telegraph” reports a couple of hackers who had gained access to private computer networks and tried to extort KE$HA with a picture of her naked and having sex, were arrested in Germany this week. Money never changed hands and the picture was never released.

OPRAH "NOT EVEN A LITTLE" GAY: OPRAH WINFREY, who's been dogged by rumors about her and BFF GAYLE KING for years, has remained quiet about them ...until now. 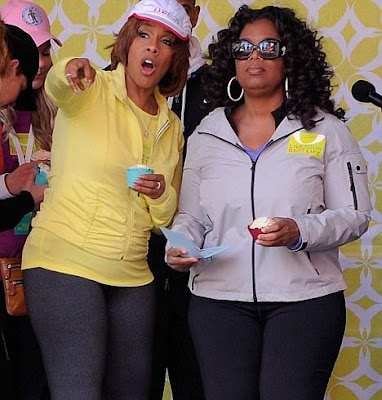 In an interview with Barbara Walters for her "10 Most Fascinating People of 2010" special (-Tonight on ABC) she flatly denies being gay, saying, quote, "I'm not even kind of a lesbian."

The Big O goes on to explain "the reason why [the rumor] irritates me is because it means that somebody must think I'm lying. That's number one. Number two, why would you want to hide it? That is not the way I run my life." 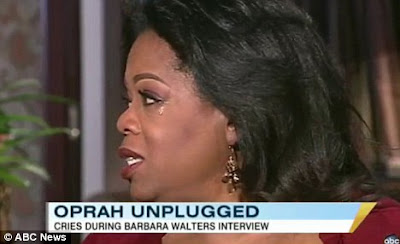 O then broke down and cried, calling Gayle the mother she never had, the sister everyone would want and the friend everybody deserves. 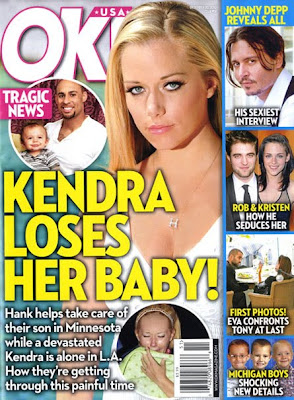 Nope. It’s just OK! Magazine taking some liberties. The actual "tragic news" is that Kendra has shipped baby Hank to live with husband Hank in Minnesota for a while, while she remains all sad and lonely in California.

TWEETS vs FLOWERS; LADIES, WHO YOU GOT???: ASHTON KUTCHER wrote an essay for the January issue of Harper’s Bazaar in which he explains why he tweets lovey-dovey things to his wife Demi Moore.

Ashton writes that sending that special person in your life a romantic message on Twitter or Facebook is the equivalent of, quote, "sending flowers to the office", because, quote, "you are declaring your love for everyone to see."

"Whether you like it or not,” he goes on, “The digital age has produced a new format for modern romance, and natural selection may be favoring the quick-thumbed quip peddler over the confident, ice-breaking alpha-male."

What? Yeah, I'm gonna go ahead and disagree. If anything, I think social media has made us LAZY in the romance department.

Fellas, if you're sending a Tweet or posting a message on your ladies's wall when you SHOULD be sending flowers to her office, you're FAILING. And ladies if you’re cool with that than maybe you should consider raising your standards. Just sayin’. But I'm old school like that. 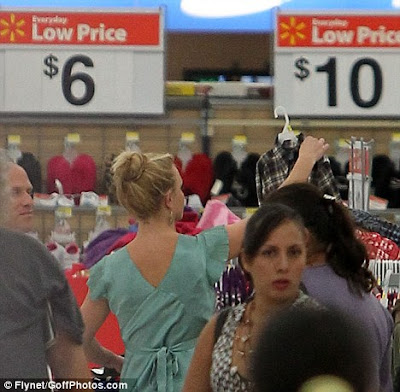 Brit was snapped shopping at the Walmart superstore near her home in Calabasas, California yesterday … 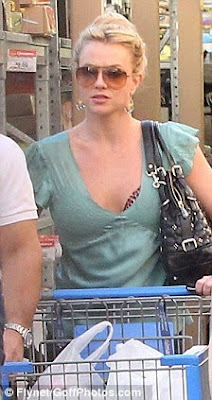 COVER SHOT: Six weeks after delivering twins, CELINE DION shows off Eddy and Nelson on the cover of the Canadian edition of Hello magazine … 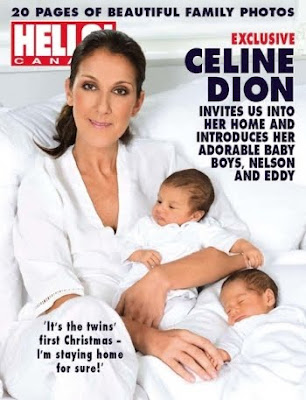