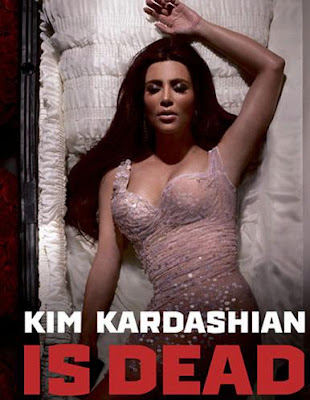 KIM KARDASHIAN is dead. Dead serious, that is, about World AIDS Day (which is tomorrow). She and other celebs are shutting down their Twitter and Facebook accounts and won't sign back on until a million dollars is raised for charity.

To promote the effort, Kim posed in a coffin for an ad that reads in part: "Kim sacrificed (sacrificed? really?) her digital life to give real life to millions of others affected by HIV/AIDS in Africa and India."

She and her sisters were on "The View" yesterday and BARBARA WALTERS asked her about it, but Kim didn't really clear anything up. 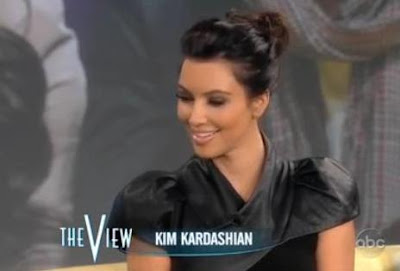 She said, quote, "Um, I am single and I'm dating. I'm having fun." She added she was trying to keep some of her dating life private, "but it doesn't mean I don't meet gorgeous, amazing people." Oh, yeah, she is soooo hittin' dat.

One more thing about the Kardashians... sales of a pre-paid debit card featuring their image have been halted after the Connecticut Attorney General complained it carried outrageous fees. (-- The fees the A.G. is concerned over include $9.95 to own, plus 12 monthly fees of $7.95, and a fee of $1.50 every time the owner wants to add money to the "Kard".)

As a result, The Kardashian family has officially pulled the plug on the card. TMZ reports the family fired off a “Notice of Termination” to the companies behind the card earlier this morning stating they’re sick of the “negative spotlight.”

IN DENIAL: EVA LONGORIA isn't planning to be a single mom anytime soon.

Contrary to reports published yesterday that the 'Desperate Housewives' star is adopting a child from Haiti, a source tells People magazine that they are "not true." Eva is busy enough with her divorce from her allegedly unfaithful hubby, Tony Parker. Besides, I'm pretty sure Madonna has dibs on all Haitian kids.

BABY NEWS: PINK doesn't know the sex of the baby she and husband CAREY HART are going to have soon. But if it's a boy, she has a name picked out. 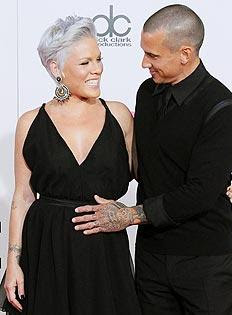 The name actually has a deeper significance. Quote, "My dad's name is James, and my brother's name is Jason. [Carey and I] are both Irish, Carey's middle name is Jason, [and] Jameson . . . we like whiskey. That's a no brainer."

But Carey's not down with it. Says Pink, "Carey feels like he had a girl's hair cut and a girl's name, and he doesn't want (our kid) to have a weird name."

WE REPORT, YOU DECIDE: This picture of the newly reunited CAMERON DIAZ and ALEX RODRIGUEZ spending the Thanksgiving weekend in Mexico had many in the blogosphere wondering if A-Rod should've been the one wearing the bikini top ... 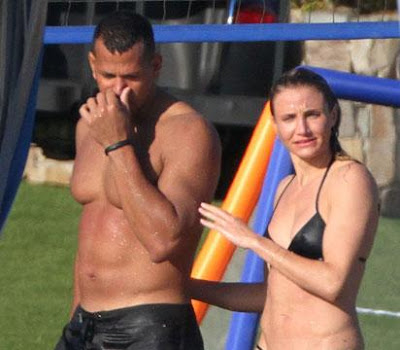 Whaddaya think? Is Alex sportin'man boobs or muscles? We report. You decide.

SNAPSHOT: GWEN STEFANI'S son Kingston walking out of a nail salon with bleached blond hair shaved on both sides, and rocking brightly-colored fingernails and toenails... 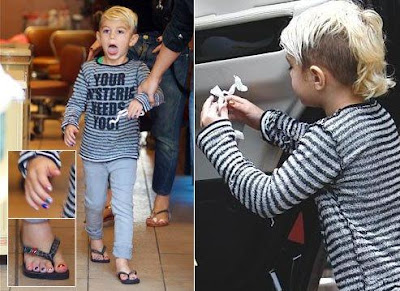 So what are your thoughts on letting little boys do “girly” things like wear dresses and put on nail polish? Discuss.

QUOTE/UNQUOTE: "The ultimate beauty secret for a woman getting older is, Don't be too thin! It is always better to have a little meat on your bones." -- HEIDI KLUM in the December issue of Self magazine. 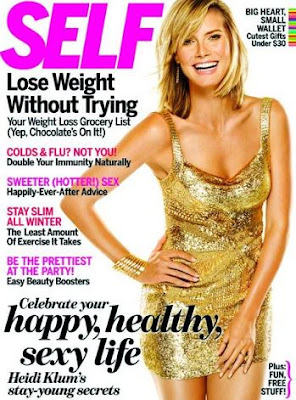 Adds Heidi, "When you are just muscle, you end up being gaunt in the face, and that makes you look older by 5 or 10 years." And that's why I choose to be a little round! OK, that and this problem I have with my hands. I can't seem to keep them out of the refrigerator.